Synchrotron Radiation X-Ray Powder Diffraction (SR-XRPD), thanks to its capabilities of directly detecting and unequivocally identifying solid forms at traces level (at least 0.05% wt), can play a key role in the field of intellectual property of pharmaceuticals.
It opens new opportunities compared with conventional laboratory XRPD, either for protecting or challenging patented drugs. 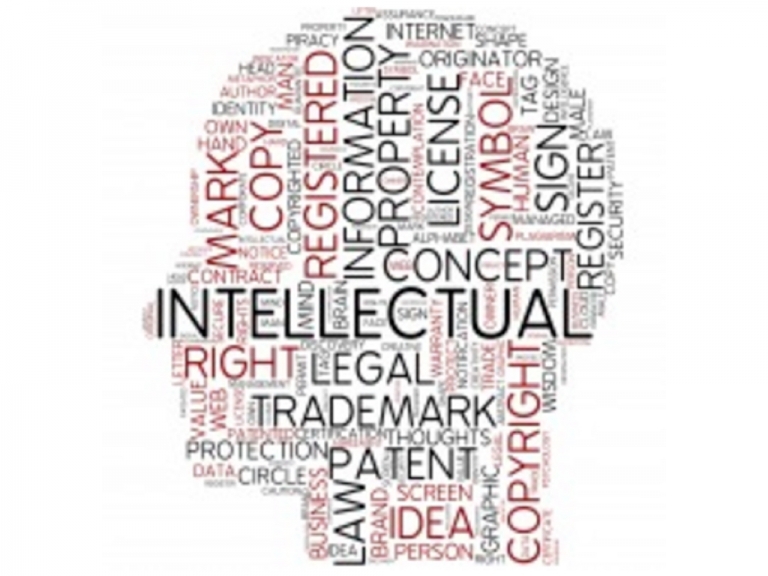 In order for a new drug to enter the market, pharmaceutical companies must invest for many years in very expensive clinical trials and a lengthy regulatory approval process. Market protection plays therefore a major role in the growth of the pharmaceutical industry and Intellectual Property (IP) laws are intended to give the investors an opportunity to recover their costs. Patent filing is one way of efficiently protecting various aspects of an innovative drug.

The duration of the new drug's market protection is, however, limited in time and once the original drug is no longer protected, legal copies (generic medicines) can be developed and marketed by competitors at more accessible prices, since the expensive basic research, as well as pre-clinical and clinical trials (at least for small molecules) are no longer necessary.

Screening of solid forms, in particular polymorphs of APIs, is therefore an essential part of pharmaceutical development and lifecycle management, not only for scientific and regulatory reasons, but also because of the key role that pharmaceutical solid forms play in the area of IP, for innovators as well as for generic companies.

The knowledge generated by conducting solid form screening [31], in fact, can provide an innovator company the opportunity to build a strong patent portfolio around different solid forms and therefore a way to maximize returns from drug development. This allows innovator companies to gain several years of additional protection for their product after the expiry of the basic molecule patent, since various pharmaceutical solid forms are individually patentable.

In the US, for instance, innovator companies are required to identify, in the so-called Orange Book, their patents covering different solid forms performing the same as the product described in the corresponding NDA [32]. In return, they can benefit from a 30-months stay over a generic company which would eventually file an ANDA with a Paragraph IV Certification for any of these listed patents [33]. 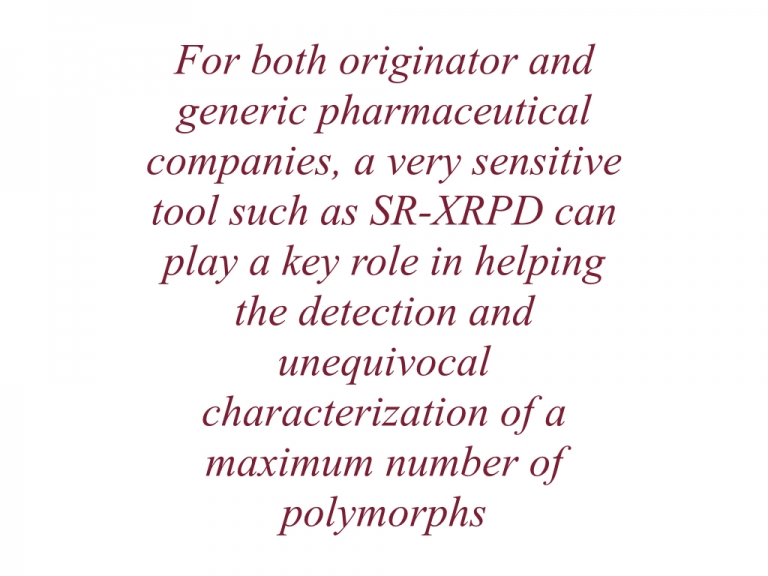 Thus, by patenting a maximum number of possible solid forms, even if these are not further developed and used, innovator companies can more efficiently protect their own products. Such patents must obviously meet the same patentability criteria as other inventions. Conversely, a generic company can launch its own product if, after the basic molecule patent has expired, it discovers a new solid form, i.e. a form with no IP protection and suitable characteristics for product development. In both cases, a very sensitive tool as SR-XRPD can play a key role in helping the detection and characterization of a maximum number of polymorphs. Accurate and direct characterization of the API polymorphic forms and detection of trace amounts has proven to be of paramount importance (e.g. Paxil® [34], Cefdinir [35]) whereas poorly conducted screens and unsuccessful patenting strategies, on the other hand, can have significant negative commercial consequences (e.g. Ritonavir [36]).

Interestingly, in the US the first ANDA approved by FDA with paragraph IV certification is entitled to 180-days marketing exclusivity [31, 33]. Initially granted only when the ANDA applicant having filed Paragraph IV Certification could prevail in the litigation with the originator, the new FDA guidance suppresses the "successul defence" requirement and the 180-days exclusivity is decided on a case-by-case basis and can therefore be granted even if the case is settled.

The role of SR-XRPD in IP matters 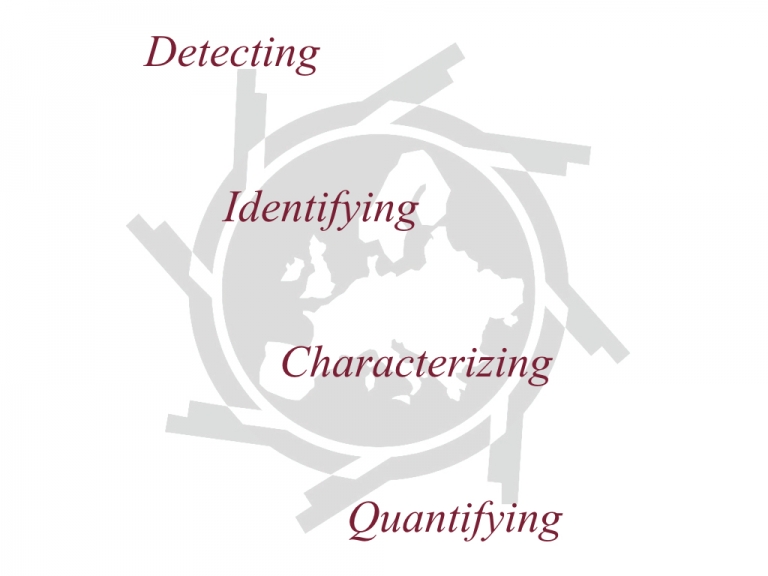 Each solid form is in fact characterized by a unique powder diffraction pattern and the extremely high resolution and sensitivity of SR-XRPD as opposed to conventional laboratory XRPD allows the direct identification and quantification of pharmaceutical solid forms and/or impurities present in drug substances and products at concentrations as low as 0.05% in wt. More on detection and quantitation of very low wt%.

The exceptional resolution of synchrotron XRPD allows the unequivocal identification and discernment of similar solid forms (e.g. isostructural solid forms12) and their quantitative assessment in mixtures, features that are not accessible by means of laboratory XRPD even of the latest generation. 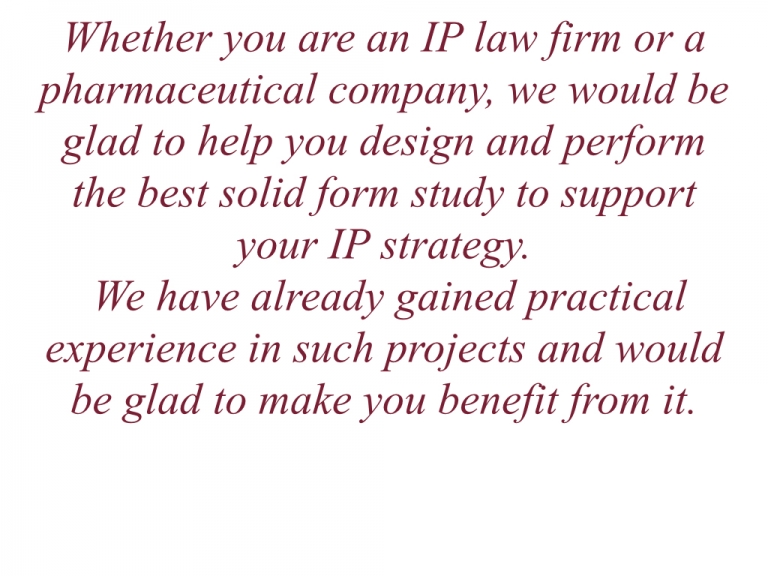